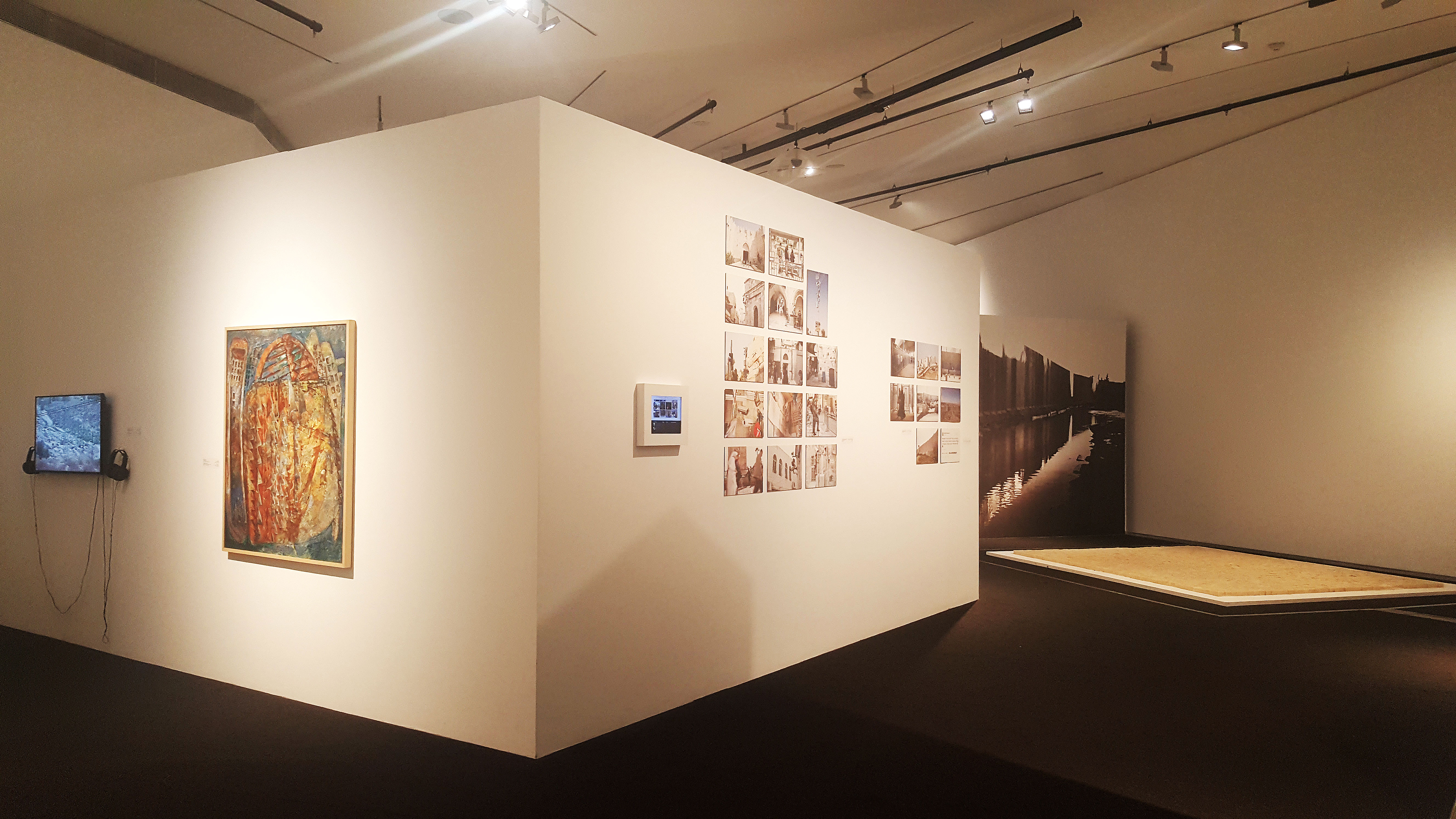 With the participation of 57 artists and more than 16,000 visitors

February 07, 2018 – Birzeit: The Palestinian Museum concluded its inaugural exhibition, Jerusalem Lives, which was held at the Museum’s premises between late August 2017 and the end of January 2018. The multi-faceted exhibition, curated by Reem Fadda and including the work of 57 artists, succeeded in communicating the vision of both the exhibition and the Museum, with over 16,000 people visiting the exhibition through different channels. The Museum directly communicated with its audience, organising school visits for more than 70 schools and universities, while arranging 66 activities as part of the Museum’s education and public programmes.

Through this project, the Palestinian Museum sought to demonstrate the effects and limitations of globalisation in the city of Jerusalem. It also aimed to mobilise dynamic participation within and without the city, highlighting the challenges imposed by the Israeli occupation that Jerusalem and its Palestinian inhabitants face on a daily basis.

Jerusalem Lives is by now considered one of the most important cultural productions to take place in Palestine in recent years. This is heightened by the fact that a combination of local, Arab and international artists contributed to the exhibition. The exhibition explored its main themes through audio-visual materials displayed at the main exhibition space, 16 commissioned artworks exhibited in the gardens of the Museum, and 93 objects and artworks provided by Palestinian lenders and international museums and galleries.

Zina Jardaneh, Chair of the Board of the Palestinian Museum, expressed her pride that Jerusalem was at the center of the inaugural exhibition, especially given the political events that rocked the city in the past year. She added: ”We succeeded in overcoming our separation from Jerusalem by instilling its presence among those Palestinians that have been exiled from it, and in carrying its voice to concerned people all over the world.”

Reem Fadda, Curator of Jerusalem Lives, explained the importance of the exhibition in addressing the critical marginalisation suffered by the city and its people, adding: ”This experience enabled me to re-connect with the issues I admire that are linked to society, politics and community.”

The Museum organised more than 66 activities related to the theme of the exhibition as part of its public and education programmes, and a number of them were conducted in Gaza and Jerusalem. The activities were attended by 11,000 visitors, varying from workshops, to lectures, to tours, and to open days. The Museum offered a unique educational experience to students from more than 70 schools, allowing participants to interact with the exhibition and its artworks.

The Palestinian Museum also led an initiative that aimed at supporting and developing relations with seven civic and non-governmental organisations in Jerusalem, including The African Community Society, the Arab Studies Association, the Palestinian National Theatre “El-Hakawati,” Silwan Club, Al-Bustan Association - Silwan, Al Budeiri Library, Grassroots Jerusalem, and Jerusalem Quarterly. The exhibition formed a platform for some of these organisations to launch long-term and compelling projects, such as organising a series of political tours in Jerusalem in cooperation with Grassroots Jerusalem, in addition to implementing the artwork of the international artists Oscar Murillo in Silwan Club in partnership with the African Community Society. Activities with the rest of the organisations will be con­ducted during this year.