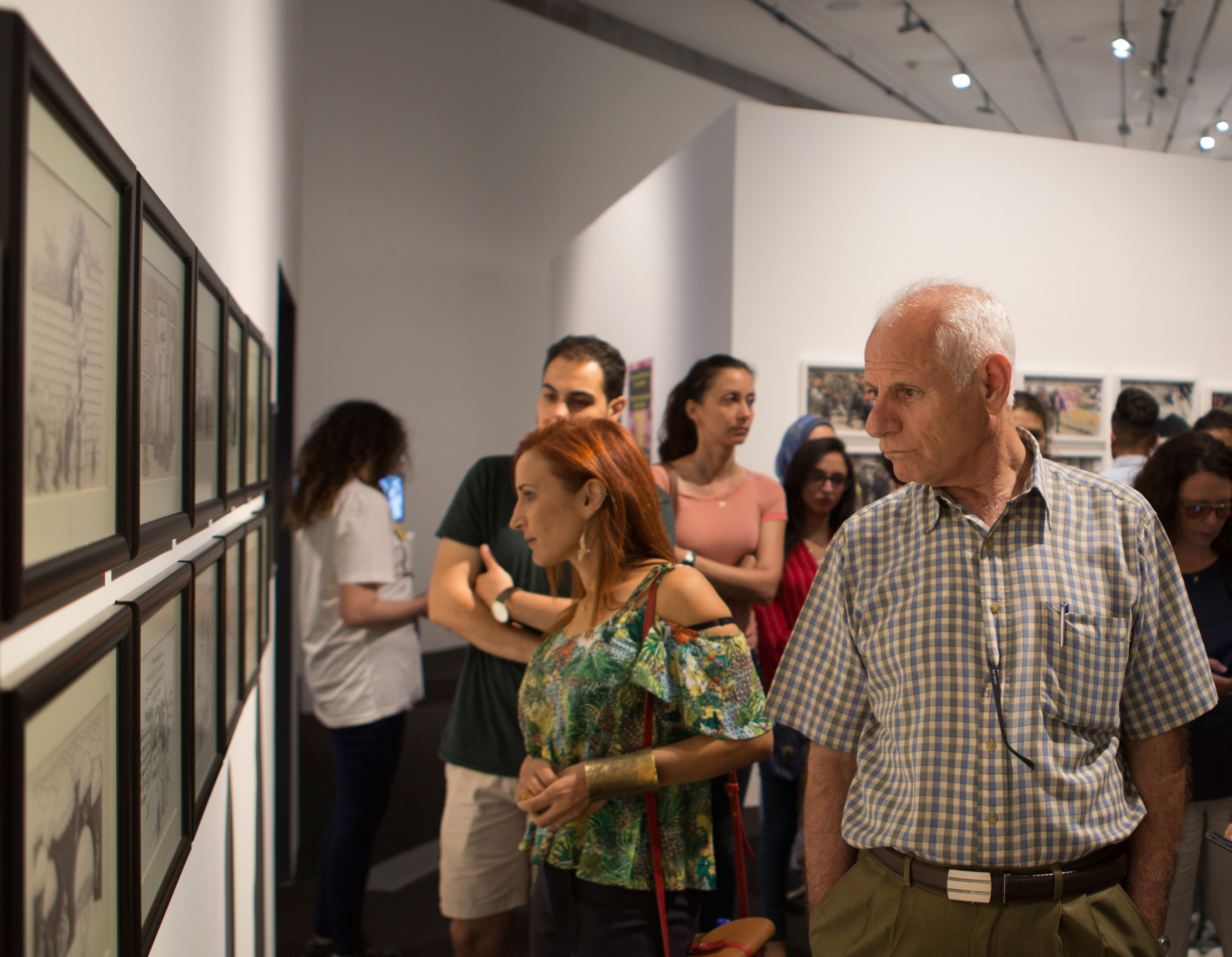 The Public Programme of “Jerusalem Lives”

The public programme of the “Jerusalem Lives” exhibition seeks to instigate a continuous state of direct cooperation with the social, national and civic institutions in Jerusalem that create the stories of collective resistance, reinforce Jerusalemites’ perseverance and provide them with real support.

To achieve this, the curator thought to substitute the kind of activities that would have relied solely on the exhibition itself – such as film screenings, performances, etc – with long-term programmes. The Palestinian Museum has thus begun an active collaboration with many of Jerusalem’s institutions, reaching out to them in order to learn about their needs and to establish long-term partnerships. These partnerships allows the Museum to provide support and assist the institutions in continuing to offer creative and valuable projects, despite the extenuating circumstances the city and the people of Jerusalem face.

The Museum also playing a central role in strengthening the professional relations between these institutions, creating an effective network of collaborations that will initiate a human and cultural movement within the city. The third section of “Jerusalem Lives” constitutes the point of departure for this collaboration – collaborations that will not end with the exhibition but which will be a foundation for sustainable partnerships to be built gradually and in tandem with the institutions’ future progress.

In the first phase, the Museum works with seven Jerusalem institutions on some diverse and dynamic programs. One of these organisations is the Arab Studies Association/Youth Development Unit in Beit Hanina. The Museum will support the publication of a new book on a study conducted by the Association about Jerusalem’s urban scene, and oversee its launch in Jerusalem’s areas and the West Bank. With the Silwan Club in Ras el Amoud, and the African Community Society in the Old City, the Museum hosts a workshop led by the renowned Colombian-born, London-based visual artist Oscar Murillo. A group of youths from different areas in Jerusalem workedwith Murillo to produce a series of his black paintings, creating a space for interpretation and for seeing the city from a different perspective, in solidarity. And there are plans to cooperate with the Al Bustan Association in Silwan, participating with local artists on the execution of various activities that will support the work of the Association and its sustainability.

The Museum will also join forces with the Palestinian National Theatre, Al-Hakawati, one of Jerusalem’s most important and well-established cultural institutions, which has experienced financial difficulties as a result of the occupation’s direct and continuous harassment. The Museum will provide support for a new production of Mahjoub Mahjoub, a major theatre piece first produced in 1980.

Last but not least, with Grassroots Jerusalem, the Museum will organise trips to the villages and neighbourhoods of occupied Jerusalem, canvasing the extended Jerusalem. Through these visits, the participants will become acquainted with the actual political and social reality of these rural communities who live under occupation, in particular the silent plans to Judaise the city and for the systemic displacement of its inhabitants. In addition, the Museum will support the production of the second edition of Wujood, the first political tourist guide of Al Quds (Jerusalem). The guide will emphasise the unique attractions this age-old city offers and draw a picture of the realities of Jerusalemite Palestinian communities from a grassroots perspective; it will contain a great number of maps, as well as be a rich source of information about the city.

The Al-Budeiri Library, one of Jerusalem’s most important private historical libraries, will also be part of the “Jerusalem Lives” exhibition, with a selection of more than 100 of the library’s books related to Jerusalem on display in the exhibition.